The University of Melbourne, October 2020 to present 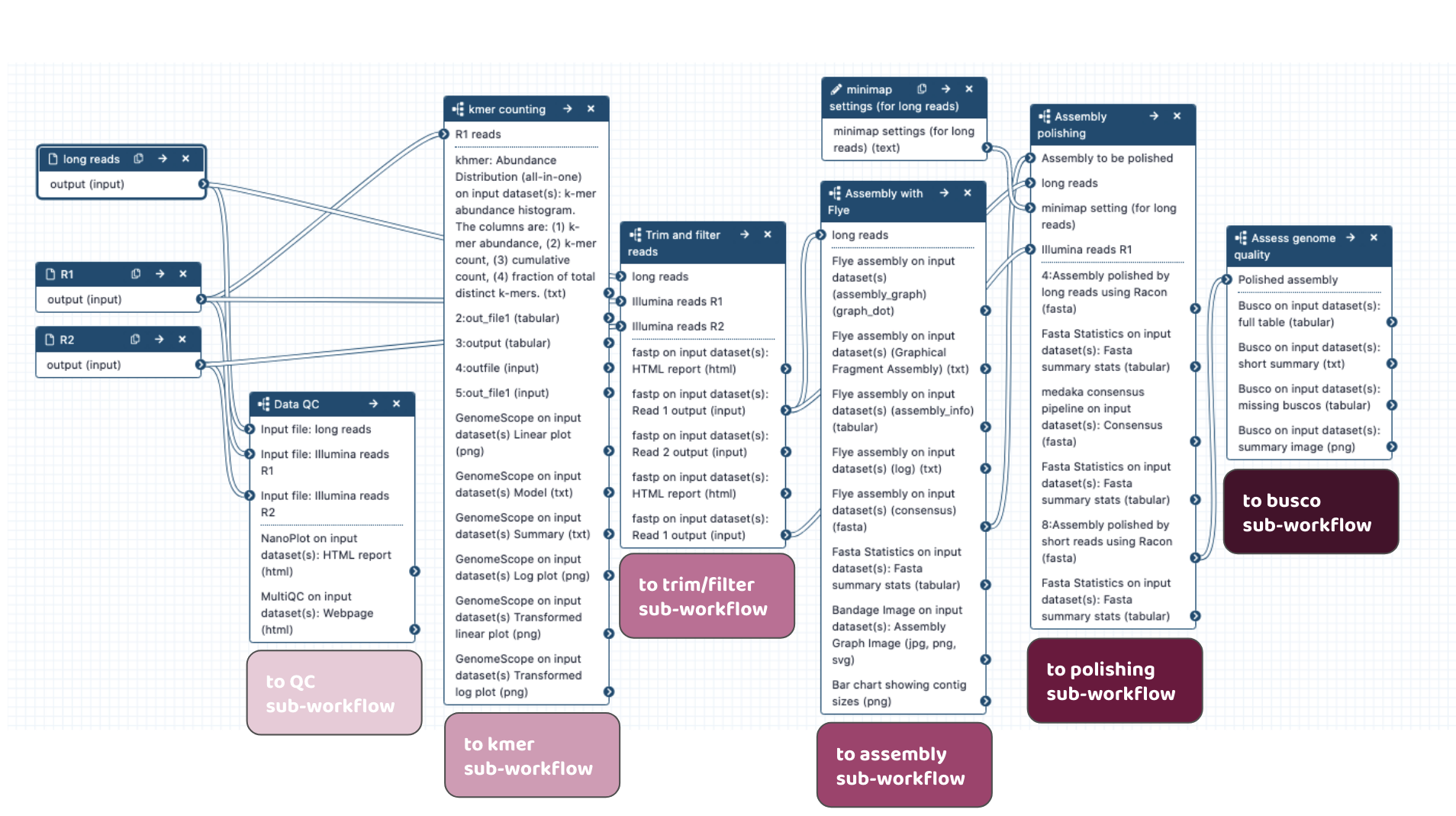 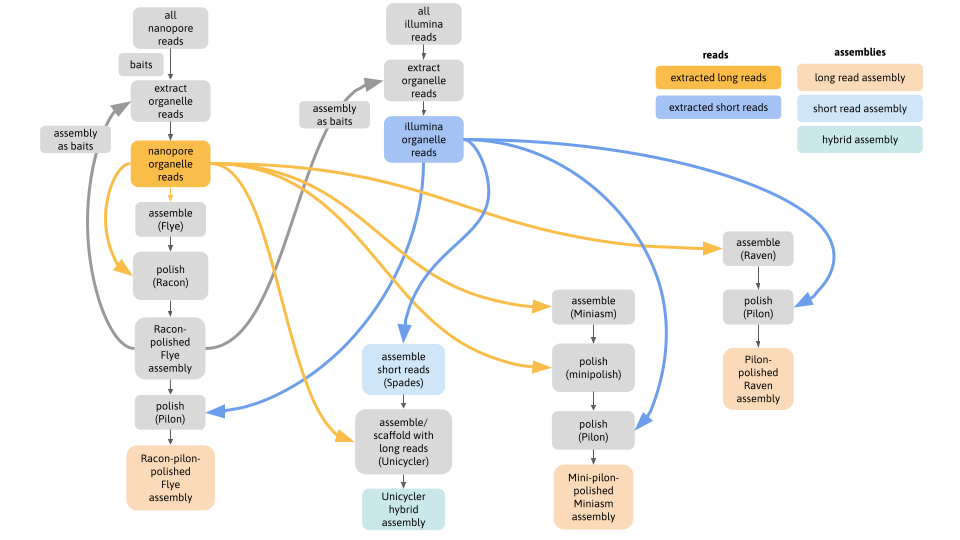 The chloroplast genome assembly work has been translated into tutorial materials and used for:

I worked on the Genomics for Australian Plants project (Bioplatforms Australia), as lead for the working groups: Bioinformatics (Reference Genomes), and Bioinformatics Training. A focus was the genome for the golden wattle, Acacia pycnantha, with sequencing data from Illumina, Oxford Nanopore, and 10X. A manuscript for assemblies of the chloroplast and mitochondrial genomes is in prep. Long sequencing reads have been particularly informative regarding the structural complexity of the mitome. 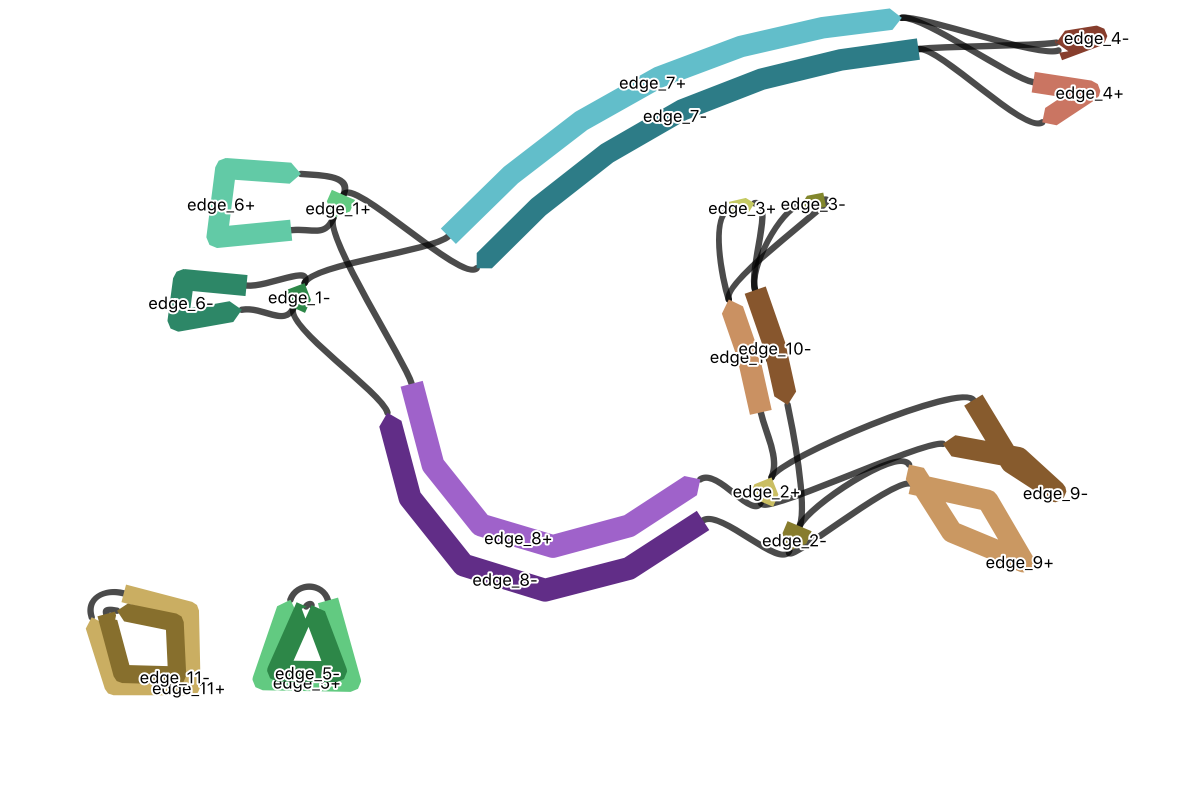 Investigating paths through the mitochondrial assembly to understand genomic structure

The training webpage for the Australian plant genomics research community has been set up and will expand over the next few years.

New training will be developed using both the Galaxy Australia platform and command-line tools. A recent publication aims to make bioinformatics software development easier and more user-friendly with the Bionitio tool:

Melbourne Bioinformatics, May 2016 to January 2019

Molecular analyses of grasses (Stipeae) and fungi (Agaricaceae), including studies on diversification rates, and the evolution of morphological features. Molecular Lab Manager.

From Lebel, T. and Syme, A. E. (2012). Sequestrate Agaricus and Macrolepiota from Australia: new combinations and species, and their position in a calibrated phylogeny. Mycologia, 104:496-520.

At the Oakley Evolution Lab. Evolutionary dynamics of ostracods including modeling gain/loss of the lateral eye and modeling speciation/extinction rates. Phylogenetics of vision genes in Pancrustacea.

From Syme and Poore (2008) PLoS ONE, A Supplementary Description of Cypridina mariae and Rediagnosis of the Genus Cylindroleberis (Ostracoda: Myodocopa: Cylindroleberididae) https://doi.org/10.1371/journal.pone.0001960.